Now that the new year has arrived, my thoughts turn to what exhibitions I will be attending this year. Actually, I’ve been thinking about this for several months now, and in particular, what my exhibition guitar will be this year.

In recent years there has been an increasing amount of interest in shorter scale length guitars, and although I have built quite a few, they have all been commissions, so I have never had one available to show customers. So one decision was made – it would be a short scale guitar.

Next decision – exactly what scale length? Last year I received a commission for a guitar with a scale length of 613.5mm (this may sound like an odd number, but it’s simply a 650mm scale length minus the first fret, which means you can use a standard 650mm jig for marking/cutting the fret slots). I was slightly nervous about this guitar, as it was the shortest scale I had made. As it turned out, the guitar worked really well, with a very sweet tone, and no obvious loss of volume. In the end I decided not to go quite that short with the exhibition guitar, and settled on a scale length of 628mm.

I then needed to decide what tonewood to use for the back and sides (like the vast majority of my guitars, the top would be European spruce.) Looking through my stock I came across a very nice set of satinwood which I bought years ago, and was just waiting for the right guitar to use it on, and this was the one.

Everything else was fairly standard, although the body size was made slightly smaller to match the shorter scale. I glued the bridge on yesterday, and the strings will probably go on tomorrow. In the meantime, here are a few photos to whet your appetite… 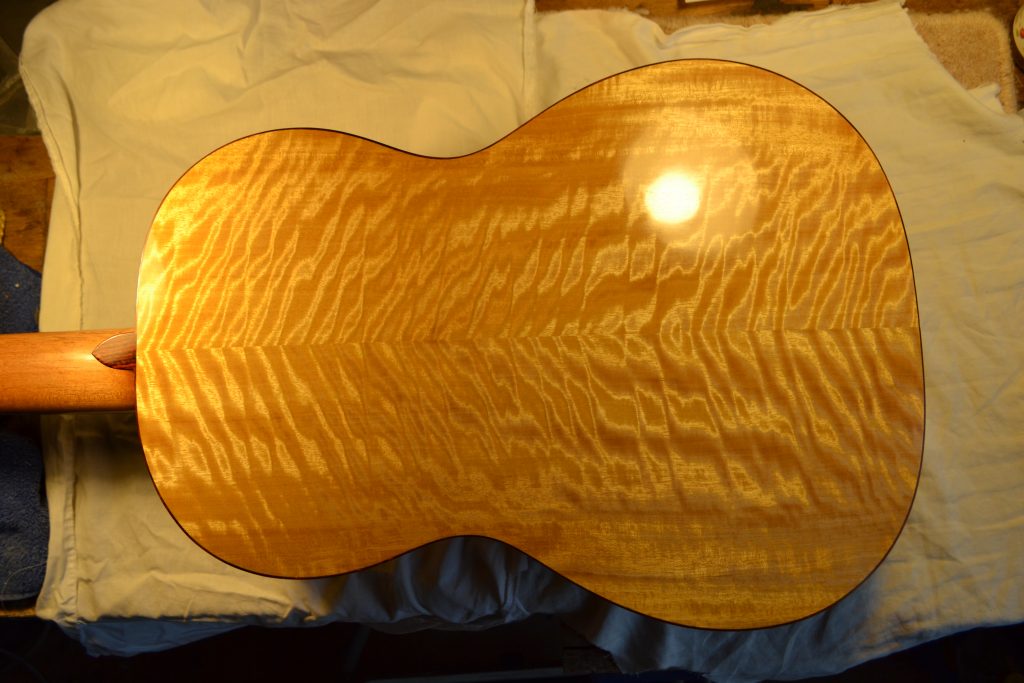 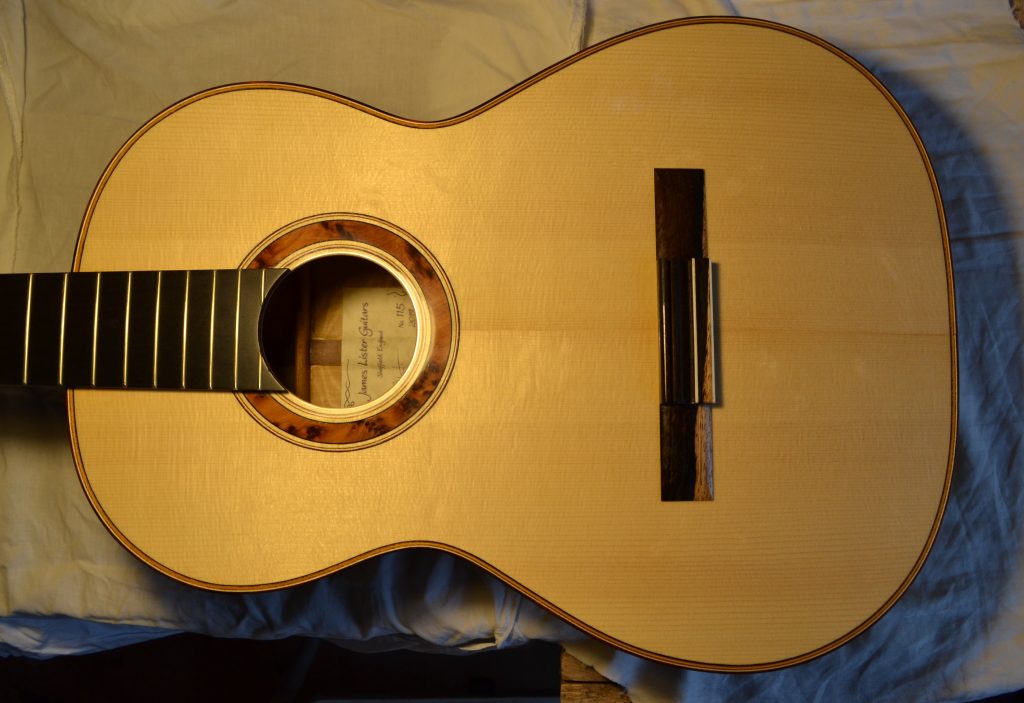 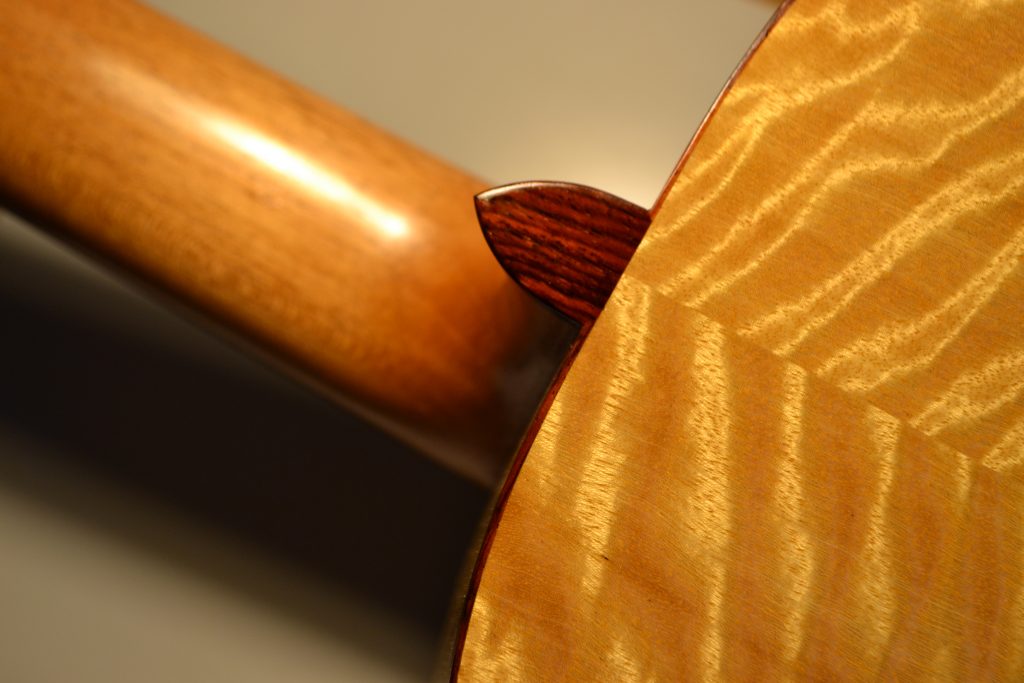 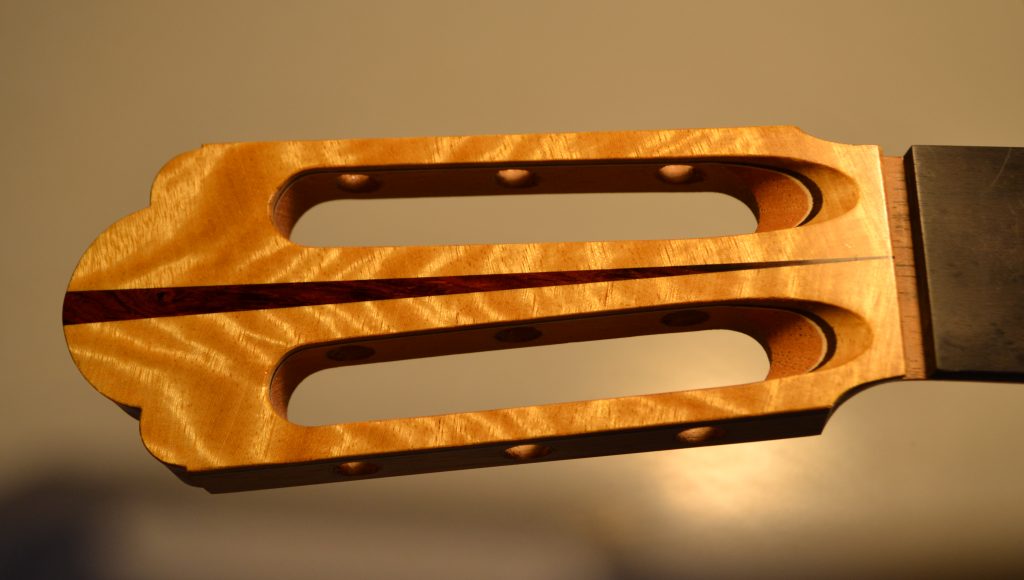 First exhibition will be Craig Ogden’s Guitar Weekend, Manchester, 25th – 27th January at The Bridgewater Hall, Manchester.  The following weekend Ill be in Birmingham for the Guitar Festival at the Conservatoire.

Later in the year I hope to be at the Classical Guitar Retreat in Scotland, and the West Dean Guitar Festival.